MuseuMOST
ARTIFACTS ONE - BURKE HISTORICAL SOCIETY MINI-MUSEUM
Explore - Who was J.L.B. and why is this tombstone here?  See a firing hammer - or is it?  Bayonet is a little rusty.
100 JLB grave foot stone removed from the nearby Marshall cemetery.  Identity of JLB unknown.
For more history concerning the Marshall family of Burke click here.
101 JAM  John A Marshall grave footstone  from the Marshall cemetery. Portion chipped off 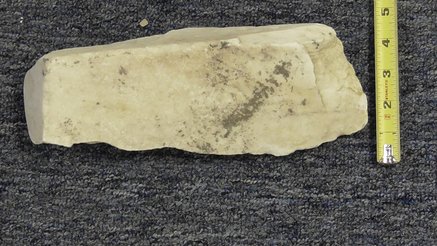 ​   102  Fragment does not appear to fit the broken JAM footstone.

105 Pewter train locomotive   Reads Burke, Va 1854
On the bottom it reads Rawcliffe Pewter 1984
108 ​Minie Ball Bullets.  Some are hollow. Some have grooves. Some bent and smashed 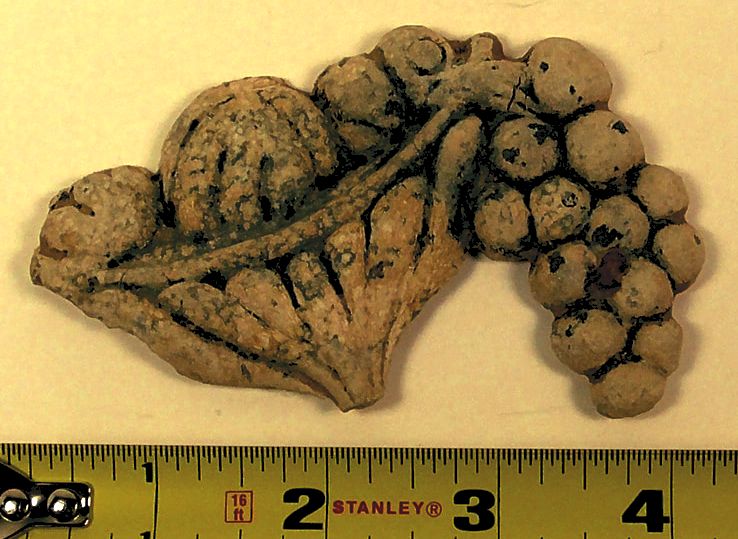 109 Decorative Medal. It appears to have been attached to something.  Decorations include grapes and pumpkin in a basket.
111 Rusty hand made nail imbedded in unknown wood – not round body, flat head
112 Four rusty nails very large - the largest one is much heavier and has a square head
113 ​Three pieces of wire. Range between ten to twelve inches long. One appears to be barbed wire. One decorative twisted wire appears to be manufactured.

Tools found:
115 a die holder?
116 A wrench used possibly on the railroad
117 metal spike with hole at one end ​
118 Green glass telegraph wire insulator with letter raised letter B in the glass.
120 Candlestick holder. Possibly made of tin.  Lever on side - possible use to raise the candle.
121  Three nails with square heads , bodies are not round. 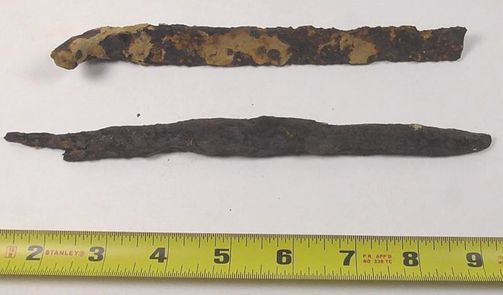 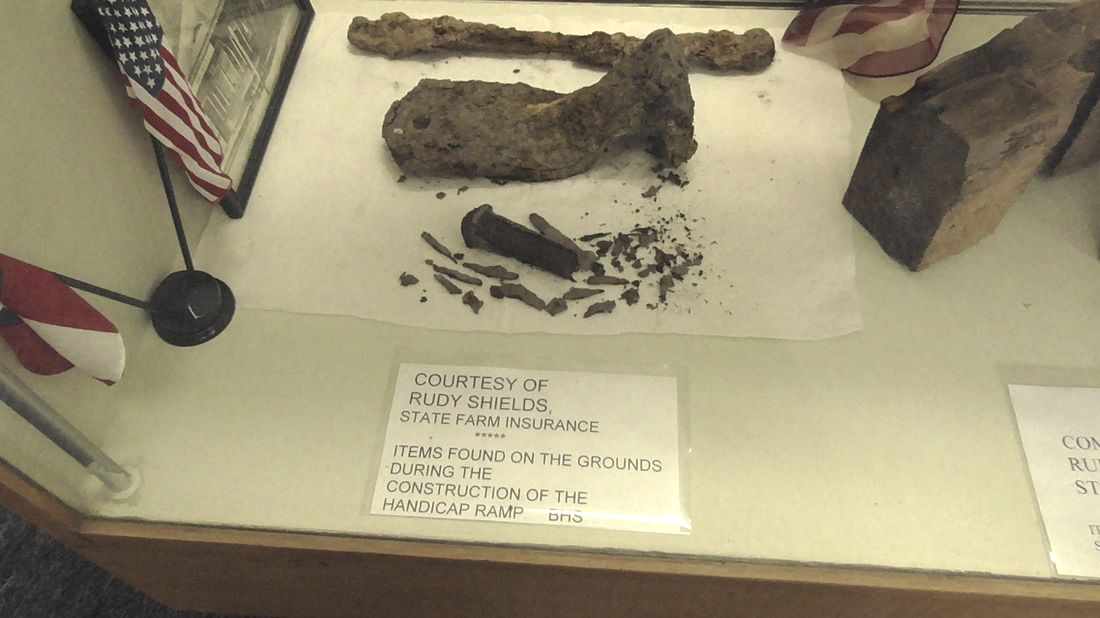